Although with many divorces it seems that one party or the other is very much at fault, there is an option provided for under Georgia law enabling a “no-fault” divorce. If you are wondering whether a “no-fault” divorce would be best for you and your situation, the only way to be sure is to contact an experienced divorce attorney.

END_OF_DOCUMENT_TOKEN_TO_BE_REPLACED

“I urge this administration to do the right thing and deem this suspect as an enemy combatant so that we get as much intelligence as legally possible before the suspect is Mirandized,” Sen. Chambliss said in a statement released on Saturday.

Late in the day, CNN reported that Tsarnaev suffered an injury to his throat and may not be able to talk, according to a federal source.

But prosecutors have already announced they’re prepping a special team called the “High-Value Detainee Interrogation Group” to go in as soon as possible.

The special interrogators are not required to read his Miranda rights, including his right to remain silent and the right to have an attorney present.

“They want to understand the entire scope of this network so they can learn from this and stop it the next time,” said Todd Stein, who teaches national security at Georgia Tech. “They want to exhaust every possible lead before shutting down the interrogation of this individual.”

Stein said the high-value interrogation team was created by the Obama administration three years ago.

“It was a direct response to the Christmas day bombing, and a lot of heat they got from Congress over the fact that they did not use all the information they possibly could to stop the next terrorist attack,” Stein told 11Alive’s Jennifer Leslie.

In that case, the suspect was Mirandized early on, and critics saw a missed opportunity.

“Given what we know, and more importantly don’t know, about Dzhokhar Tsarnaev and his brother, this terrorist should be fully interrogated as an enemy combatant before any consideration is given to providing Miranda warnings,” Sen. Chambliss said in his statement. “I am disappointed that it appears this administration is once again relying on Miranda’s public safety exception to gather intelligence which only allows at best a 48-hour waiting period that may expire since the suspect has been critically wounded.”

Tsarnaev’s father has told reporters he wants his son to tell everything and be honest.

But he doesn’t have to talk, regardless of whether he hears his Miranda rights.

Georgia Divorce Mediation: How It Can Help

The divorce mediation process in Georgia is designed to help a divorcing couple resolve their issues outside of the courtroom, which can be very beneficial to both parties, especially when children are involved. You might have heard about mediation as an option for divorce proceedings in Georgia, but are not sure how it works. Here’s a general overview of Georgia divorce mediation and how it might help you.

Basically, in most divorces, there are significant disagreements regarding certain aspects of the divorce, or perhaps even every aspect of the divorce. In such a case, if the couple is unable to resolve these differences among themselves, even with the assistance of an experienced divorce attorney, for example, then a judge (and possibly a jury as well) must decide on those issues. Divorce mediation in Georgia hopes to prevent that step by having the couple sit down and try to work out their issues together with the help of a mediator.

Don’t worry, you can (and should) have your own divorce attorney by your side to make sure that your interests are protected during the mediation process. You and your spouse will each take turns explaining your side of the argument around a particular issue where there isn’t full agreement. The mediator will try their best to make sure each side is represented equally, but again it’s best to have an experienced Georgia divorce lawyer close at hand to make sure that your side is being fairly represented.

Going the route of mediation for your Georgia divorce could mean lower overall cost and stress because they generally take less time and avoid the court process entirely. There’s also the benefit of resolving contentious issues in such a way that you and your spouse may leave the divorce process on better terms than through going to court. This may be especially important if you have children and are sharing custody.

Feel free to contact our caring legal team for a free consultation to discuss whether a mediated Georgia divorce is in your best interests.

A popular question clients often ask is whether they should pursue a Georgia separate maintenance agreement instead of a divorce. This is an important question because there are significant differences between the two. It’s crucial to understand these differences so that you can make the best choice for you and your situation. Our experienced Atlanta divorce attorneys can discuss each option with you in detail so that you feel comfortable with each and can make an informed decision.

A GA separate maintenance means that a couple remains legally married but live separately and are officially separated, without actually being divorced or their marriage being dissolved. Generally speaking, a couple may choose to go the route of a Georgia separate maintenance agreement for several reasons. One reason is that the couple is opposed to divorce on a moral or religious level, but no longer wish to live together and want formal separation. Another reason to choose separate maintenance over divorce is if an individual wishes to keep health insurance or social security benefits.

If the above reasons sound like they are an important part of your decision-making process, it’s essential to speak with one of our Atlanta family law attorneys for individualized legal counsel. Depending on your situation, our attorneys might advise you that either separate maintenance or divorce would best protect your interests. Regardless of which option you choose, the same set of issues must be resolved, including separation of assets, alimony, and if you and your spouse have children, child custody, visitation, and support. The successful resolution of these issues  require experienced legal assistance, and will literally determine the course of the rest of your life. Don’t wonder whether you made the right choice when it comes to your future – contact our caring attorneys for a free consultation. They will address your questions about Georgia separate maintenance, divorce, and anything else you may be wondering regarding Georgia law.

Domestic Partnership Agreement in GA: Do You Need One?

If you live in Georgia and are in a same-sex relationship, you might have heard about the benefits of obtaining a domestic partnership agreement. However, you might not know exactly if you need one or how to go about obtaining one. Unfortunately, since same-sex marriage is not yet recognized by the state of Georgia, it is important to take specific legal steps to protect your family and your assets from the court system, which will not follow your wishes when it comes to distributing your assets.

The important thing is to be proactive about your future and the future of your loved ones. Our Georgia family lawyers have extensive experience assisting gay and lesbian couples with filing a domestic partnership agreement in Georgia. Don’t leave something as essential as the well being of your partner and your children to chance. Contact our caring, professional Atlanta lawyers today for a free domestic partnership consultation.

Alimony in Georgia: What You Need to Know 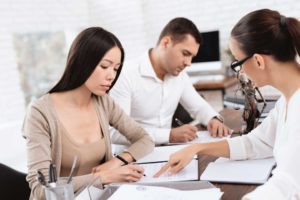 Here’s what you need to know about alimony in Georgia:

The final most important thing to know about alimony in Georgia is that it is often a hotly contested issue during a divorce, so it’s imperative to have an  experienced Atlanta divorce attorney on your side throughout the process to ensure you receive the alimony payments you deserve. If you would like to speak with one of our divorce attorneys in Atlanta about your alimony concerns, simply fill out the form to the left or give our office a call for a free consultation.

The Quickest Way to Get a Divorce in GA

If you’re looking to file for a divorce in Georgia and want it to be completed as quickly as possible so you can move on with your life, you do have some options, but even the fastest route will take a minimum of a month. Also, it may not be in your best interests to complete your divorce as quickly as possible, for a variety of reasons. Here are a few things you need to know about the time it takes to get a divorce in Georgia.

END_OF_DOCUMENT_TOKEN_TO_BE_REPLACED

Dealing With the Stress of Divorce

In terms of psychological stress, divorce ranks among one of the most stressful and traumatic experiences a person can face in life. While stresscan be positive and push us to achieve in life, too much stress can cause a series of negative health effects, both psychological and physical. While an experienced Divorce lawyer can mitigate some of the stress you may face during divorce, it’s still important to be aware of, and even prepare for, the intense amount of stress a divorce introduces into a single person and their entire family system.

Some of the most common causes of stress, many of which are directly caused or intensified by divorce, are:

Even though stress during a divorce is inevitable, there are steps you can take to reduce it as much as possible to get through this extremely challenging period in your life. Here are some of the best ways to deal with the stress of divorce:

Again, the best way to deal with the stress of divorce is to have a vastly experienced and knowledgeable divorce lawyer on your side who will guide you through this complex and difficult process. Contact us today for a consultation.

What the World Would Look Like If Divorce Disappeared Tomorrow

At least for the foreseeable future, it would seem that divorce attorneys will still be necessary. Divorce is a fact of our world, of our society. However, that doesn’t stop anyone from dreaming what a world without divorce might look like. Here are a few changes, a mix of both practical and speculative, that might occur if divorce disappeared tomorrow:

Only time will tell how the evolving role of divorce will impact society in the future. For the present, if you are considering a divorce, seek the guidance of  a practiced Atlanta divorce lawyer.