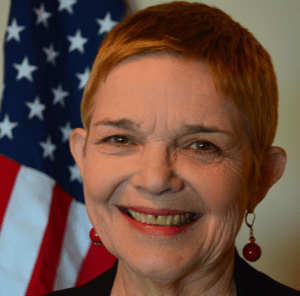 Ms. Kitchens has served as a mediator and arbitrator since 1988.  She was an Adjunct Faculty member for Emory University School of Law, 1996-2000, and continues to serve as a frequent speaker for continuing legal education seminars.  From 2003-2004, she was the National President of the Federal Bar Association.  She was the Chairperson of the Federal Bar Building Corporation 2018-2019.

She authored the deskbook, A Federal Sector Guide to the Uniformed Services Employment and Reemployment Rights Act (USERRA) and Veterans Employment Opportunity Act (VEOA), Dewey Publications, 2012.  She has also authored a number of professional articles, including:

Ms. Kitchens is listed in the Martindale-Hubbell Bar Directory of Pre-Eminent Lawyers, International Who’s Who of Professionals, and Who’s Who of American Women.  Her hobbies include reading, and traveling with her husband.  She graduated from the Emory University School of Law in Atlanta, Georgia, and was admitted to practice with the Supreme Court of Georgia in 1982.  She has been admitted to practice in the Eleventh Circuit Court of Appeals, Court of Appeals for the Armed Forces, Court of Appeals for the Federal Circuit, and the United States Tax Court.