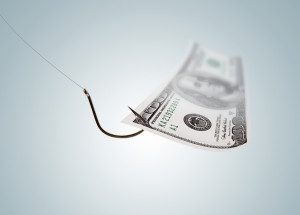 As Atlanta divorce lawyers, we handle divorces each year that are caused, in one way or another, by financial problems. According to a recent article in Daily Finance, “financial infidelity” is on the rise and can have an enormous impact on the health of marriages.

In a recent survey of Americans, it was reported that 1 in 3 people have lied to their partner about money. In addition, 76% of those surveyed said that financial deceptions had an impact on their relationship. Knowing that deception has such an impact on relationships, it is surprising that 1 in 3 will still lie to their partner about a financial issue.

Author, wealth strategist and relationship coach, Paul Mourigat, says that the “two most common forms of financial infidelity are squirreling away substantial sums of money to be spent on a guilty pleasure and hiding payroll records from a spouse in order to control information and perceptions.”

When one spouse is hiding money, it breaches trust between the couple. In addition, it also makes it very difficult to get an accurate picture of marital assets that will lead to a fair and equitable division of marital property in a divorce.

Of course, “fair and equitable” doesn’t necessarily mean a 50/50 split. According to attorney Jeff Cleghorn, consideration is given to a variety of factors and at the discretion of the judge presiding in the case. It also means deciding how debt will be divided. This can be a big factor when one of the parties has been secretly spending and keeping debt hidden from their spouse.

When financial infidelity or disagreements on spending take their toll on a marriage to the point that a couple wants to permanently separate, our Atlanta divorce lawyers can help. We will work to create a settlement agreement that is fair and equitable. Our team will work hard to help you get a fresh start on the next chapter of your life.

Wanda, you and Jeff were the voices of calm and peace for such a crazy time in my life and I’ll always appreciate that. I received amazing service, and best of all I have no regrets that so many people feel after the emotions have died down. You have an amazing team there and I… END_OF_DOCUMENT_TOKEN_TO_BE_REPLACED

Kitchens New Cleghorn LLC handled my divorce (complex!) and my Will (straight-forward) in 2006-2007. More recently, they drew up a unique lease for my home (pretty simple). They have been my resource for all legal questions and concerns. Whether your legal matters are simple or c… END_OF_DOCUMENT_TOKEN_TO_BE_REPLACED

Joyce, I have been so fortunate to have you and your staff on my team representing me through my very difficult life changing situation. Your hard work and determination has allowed me to move on to the next phase of my life with peace and dignity. It was with your high level of … END_OF_DOCUMENT_TOKEN_TO_BE_REPLACED

The matter went to court and it was a pleasure to watch Jeff Cleghorn… absolutely demolish the opposing counsel. Every argument they brought up by citing irrelevant cases he countered by citing the correct precedent cases and even provided copies of the cases for the judge and … END_OF_DOCUMENT_TOKEN_TO_BE_REPLACED

Ms. Kitchens represented me in a dispute with the Federal Government and I won my case. After working for a major federal agency for over 25 years, I was a top-level manager faced with a threatening employment dispute. I exhausted all administrative remedies trying to assert my p… END_OF_DOCUMENT_TOKEN_TO_BE_REPLACED