As Atlanta divorce lawyers, we handle a variety of divorce cases each year. The reasons are as varied as the types of clients we see, but there are a few main categories that seem to be more common than others. Because we have a family law practice, we thought it might be helpful to examine some of these causes in an upcoming blog series about causes of divorce. We decided to start with infidelity. 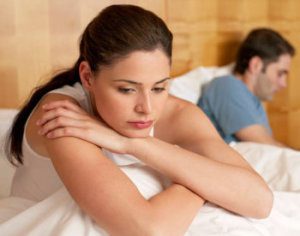 According to this study published by the Journal of Family Issues, the leading cause of divorce was infidelity (at a whopping 21.6 %). That was followed by incompatibility (19.2%) and addiction (10.6%). However, some are now challenging the idea that infidelity is as common in marriages as people have been led to believe in the past, a number that many put at nearly 50 percent.
In an article published on PsychCentral.com, psychologist Dr. John M. Grohol proposes that infidelity numbers have been artificially inflated. He said that the statistics are “not based upon any scientific research. It’s something marketing companies just made up and use to scare (or motivate) people into buying into their service.”

Dr. Grohol cites several research studies to conclude that “the actual likelihood of your relationship suffering from cheating is low — probably less than a 6 percent chance.” He goes on to say that “over the course of your entire relationship, the chances of infidelity may rise to as much as 25 percent. Twenty-five percent — over the course of an entire relationship — is a far cry from the 50 percent number we hear from many so-called professionals and services trying to sell you something.”

Dr. Grohol suggests that the factors that add the most risk of infidelity to a marriage are unresolved problems in the marriage, a “significant difference in sex drive between the two partners” and one of the partners having been sexually abused as a child, among other risk factors.

We may never know the true numbers because cheating, by its very nature, is a hidden thing. However, if infidelity has entered your marriage and the trust is irreparably broken and you can’t move forward, our Atlanta divorce lawyers are here to help you through the divorce process.

Wanda, you and Jeff were the voices of calm and peace for such a crazy time in my life and I’ll always appreciate that. I received amazing service, and best of all I have no regrets that so many people feel after the emotions have died down. You have an amazing team there and I… END_OF_DOCUMENT_TOKEN_TO_BE_REPLACED

Randy, Jeff and Alex were an awesome support to me while going through my divorce. They conducted themselves in a very professional manner, had a great knowledge of the legal system and more importantly were compassionate to my feelings. I would recommend this group to anyone nee… END_OF_DOCUMENT_TOKEN_TO_BE_REPLACED

We didn’t realize how unusually well-managed and hassle-free our own adoption experience was until we compared stories with friends who had also adopted. As a same-sex couple, we needed adoption attorneys who were familiar with second parent adoptions and entirely committed to … END_OF_DOCUMENT_TOKEN_TO_BE_REPLACED

The matter went to court and it was a pleasure to watch Jeff Cleghorn… absolutely demolish the opposing counsel. Every argument they brought up by citing irrelevant cases he countered by citing the correct precedent cases and even provided copies of the cases for the judge and … END_OF_DOCUMENT_TOKEN_TO_BE_REPLACED

Two years ago I was sued over an automobile that was repossessed from my former wife. Kitchens New lawyers reviewed the case and quickly determined that the suit was without merit. They informed opposing counsel of the problems with the suit but the opposing counsel would not lis… END_OF_DOCUMENT_TOKEN_TO_BE_REPLACED