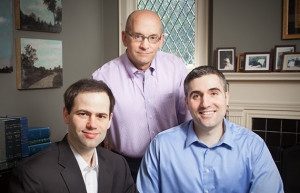 As partner and head of the Family Law Practice at Kitchens New Cleghorn, LLC., I always get asked the sort of questions no one likes to think about, unless they have to think about them.

Child custody is often the most important (and highest intensity) issue for a separating couple. Even if parents agree on which parent should have primary physical custody of the children, they may disagree vehemently on how to arrange the parenting schedule. If the parents are unable to reach an agreement on custody, then it is left to the judge to decide. But how does the judge make that decision?

In Georgia, the decision of awarding child custody is based on the best interest of the children. Bodne v. Bodne, 277 Ga. 445 (2003). The court weighs a variety of factors in determining what is in the children’s best interest. One important factor is history of parenting roles. For example, if one parent was predominantly responsible for day to day child care, while the other parent did relatively little, then the court may decide that it is in the children’s best interest to live with the historic caretaker. Another factor that the court may consider is the work schedule of both parents. For example, if one parent has a set 9-5 schedule while the other works 60 hours a week and travels, it may be in the children’s best interest to live primarily with the parent who is home more often, or otherwise offers a more stable schedule. Yet another factor that a judge could consider is the health (both physical and mental) and stability of each parent.

Child custody standards are the same for separating same sex parents and unmarried opposite-sex parents as they are for divorcing parents. In all of the above scenarios, the judge will determine custody based on the children’s best interest.

One other important factor for same sex parents is that a parent must be considered the legal parent of a child in order to be awarded custody. What this means is that a parent must either be the biological parent of his or her child, or have adopted that child. If, for example, one parent in a same sex couple had a biological child, and the other parent never adopted that child, then the non-biological parent could not be awarded custody.

Check out our family law infocenter for answers to all of your divorce questions. Still need help? Contact our Atlanta Divorce Attorneys.

I have used Kitchens New Cleghorn twice. I have never been happier with any service than I was with theirs. Both times, I braced for the worst possible outcome and both times, I got far more than I could have expected. The staff is professional, friendly and quite competent. Thei… END_OF_DOCUMENT_TOKEN_TO_BE_REPLACED

Ms. Kitchens represented me in a dispute with the Federal Government and I won my case. After working for a major federal agency for over 25 years, I was a top-level manager faced with a threatening employment dispute. I exhausted all administrative remedies trying to assert my p… END_OF_DOCUMENT_TOKEN_TO_BE_REPLACED

I was a victim of retaliation and filed a complaint against my agency with the Special Counsel. I wanted a lawyer who was knowledgeable of VA and government regulations to represent me in a very timely manner. I contacted Ms. Joyce E. Kitchens, Attorney, and she provided excellen… END_OF_DOCUMENT_TOKEN_TO_BE_REPLACED

Several years ago, I was faced with a blatant insult by my management at a federal agency. I naively followed the process for remedy and ended up in over my head because I’m not an attorney. I consulted with a dear friend, a retired federal personnel manager, who recommended Ms… END_OF_DOCUMENT_TOKEN_TO_BE_REPLACED

Kitchens New Cleghorn LLC handled my divorce (complex!) and my Will (straight-forward) in 2006-2007. More recently, they drew up a unique lease for my home (pretty simple). They have been my resource for all legal questions and concerns. Whether your legal matters are simple or c… END_OF_DOCUMENT_TOKEN_TO_BE_REPLACED