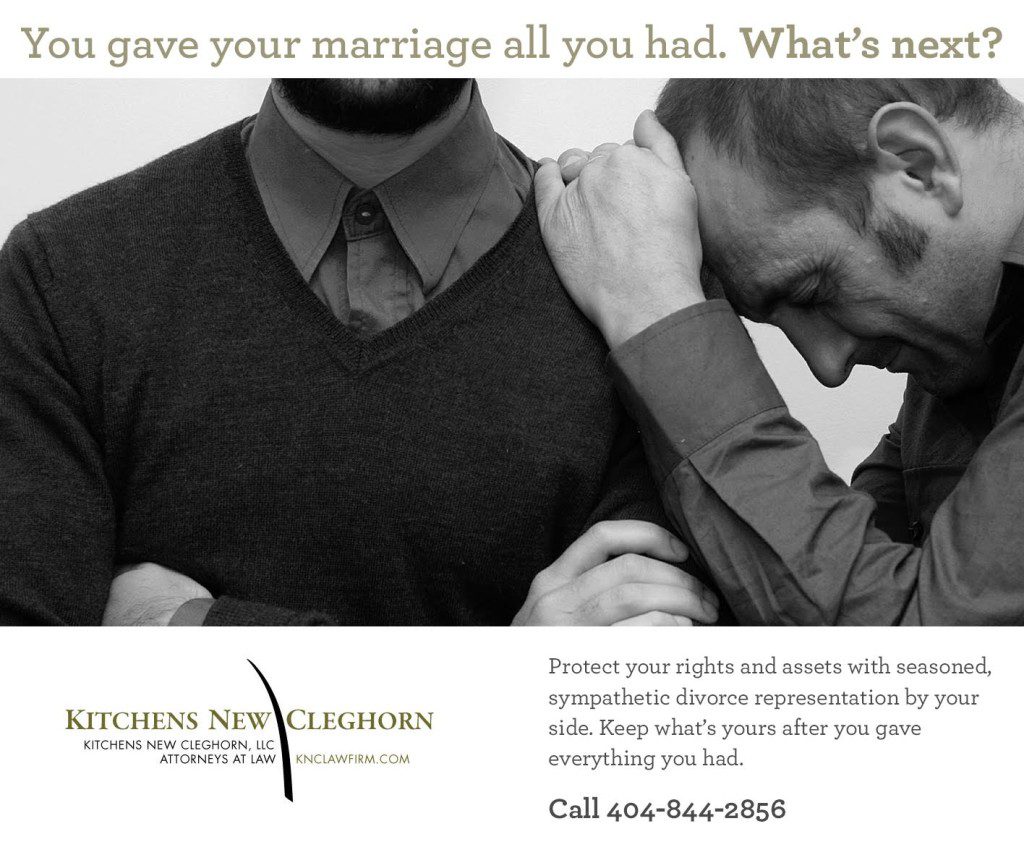 We got a call from a client asking for a gay divorce in Atlanta. Then another call came in. Then one came in from a client who had 2 other Atlanta area law firms hang up on them when they asked about getting a gay divorce. We knew this would be coming because gay marriage has been legal in many other states for some time now.

Our Atlanta law firm has begun processing a number of gay divorces since the Supreme Court ruled in favor of marriage equality last month. Calls came from gay and lesbian couples who had traveled to other states (and sometimes countries) to get legally married where it was legal. As sometimes happens in marriage, people find out that they were not compatible after all and want to divorce. These particular couples were stuck in “marriage purgatory” where they were legally married but not able to obtain a legal divorce in Georgia until the recent U.S. Supreme Court ruling allowed it.

Over the past week, we have initiated divorces for several Atlanta area gay and lesbian couples. We remain focused on our clients during what can be a very emotional and stressful time. Our job as their lawyers is to protect their rights and guide them through the process in a confident and knowledgeable way. Whether it is a gay divorce or a straight one, the attorneys at Kitchens New Cleghorn are ready to represent you.

Several years ago, I was faced with a blatant insult by my management at a federal agency. I naively followed the process for remedy and ended up in over my head because I’m not an attorney. I consulted with a dear friend, a retired federal personnel manager, who recommended Ms… END_OF_DOCUMENT_TOKEN_TO_BE_REPLACED

Kitchens New Cleghorn LLC handled my divorce (complex!) and my Will (straight-forward) in 2006-2007. More recently, they drew up a unique lease for my home (pretty simple). They have been my resource for all legal questions and concerns. Whether your legal matters are simple or c… END_OF_DOCUMENT_TOKEN_TO_BE_REPLACED

Ms. Kitchens represented me in a dispute with the Federal Government and I won my case. After working for a major federal agency for over 25 years, I was a top-level manager faced with a threatening employment dispute. I exhausted all administrative remedies trying to assert my p… END_OF_DOCUMENT_TOKEN_TO_BE_REPLACED

Wanda, you and Jeff were the voices of calm and peace for such a crazy time in my life and I’ll always appreciate that. I received amazing service, and best of all I have no regrets that so many people feel after the emotions have died down. You have an amazing team there and I… END_OF_DOCUMENT_TOKEN_TO_BE_REPLACED

You were the voices of calm and peace for such a crazy time in my life and I’ll always appreciate that. I received amazing service, and best of all I have no regrets that so many people feel after the emotions have died down. You have an amazing team there and I’ve already re… END_OF_DOCUMENT_TOKEN_TO_BE_REPLACED

The information provided herein is general and for information purposes only. It does not constitute legal advice for any particular situation of facts and circumstances. If you have a need for legal advice, please consult with an attorney with your specific questions. Please see our Legal Disclaimer for additional information.
© Kitchens New Cleghorn, LLC. 2021. All Rights Reserved.