Information On The Effects Of Divorce On Children

Divorce can be a difficult time for everyone involved, but especially for children of all ages. Many children naturally believe that divorce has something to do with an issue they caused, an argument they had or even the time they made one of their parents angry – though that is rarely the case at all. These types of issues can be carried by a child for the rest of their lives, well into adulthood and beyond. By understanding the effects of divorce on children you can better understand the importance of proceeding with caution throughout these times, especially if you have young children in your house.

The Effects of Divorce on Boys 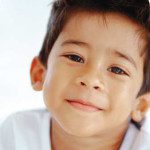 One factor that many people don’t consider is how young boys react to divorce. In a typical divorce proceeding, the wife has a higher chance of being awarded sole custody than the father does. As the father would no longer be living in the same home as the young boy, they would lack a male role model on a daily basis. The absence of that male role model can make it exceedingly difficult for certain young male kids to adjust to divorce at all.

The effects of divorce on children are not necessarily seen immediately. A study in a 2013 issue of the magazine Public Health, for example, cited a study that was conducted at the University of Toronto that indicated that children of divorced families were significantly more likely to begin smoking when they reached adulthood that children who came from stable living situations. 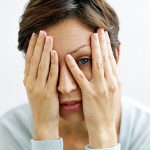 Another one of the ways that divorce can affect children has to do with a build-up of anxiety and the snowball effect that occurs as a result. Children who come from divorced households are statistically more likely to suffer from anxiety and huge amounts of stress than others. As a result, these children are also more likely to fall behind in school in areas like math and on their social skills in general. The snowball effect occurs because many of the subjects the kids are more likely to fall behind on are cumulative. If a young child is doing poorly at rudimentary math early on because they’re stressed out from a divorce, they won’t have the skills required to keep up with their classmates as they advance through grades.

Not all of the effects of divorce on children become issues in the long term, however. There are a wide variety of different negative attributes that many parents will start to notice immediately. Chief among them are an anger, sadness and general sense of depression that kids will often feel regardless of their age or gender. Likewise, many children feel a strong sense of opposition to authority of all types, impulsivity and even aggression in certain situations.

All of these types of issues compound into a general sense of non-compliance, where the child is constantly at odds with those around them.

Divorce is a very serious situation for everyone involved. It’s important that we remember just how much divorce can affect children, however, and help them cope in any way possible.

Wanda, you and Jeff were the voices of calm and peace for such a crazy time in my life and I’ll always appreciate that. I received amazing service, and best of all I have no regrets that so many people feel after the emotions have died down. You have an amazing team there and I… END_OF_DOCUMENT_TOKEN_TO_BE_REPLACED

Randy, Jeff and Alex were an awesome support to me while going through my divorce. They conducted themselves in a very professional manner, had a great knowledge of the legal system and more importantly were compassionate to my feelings. I would recommend this group to anyone nee… END_OF_DOCUMENT_TOKEN_TO_BE_REPLACED

We didn’t realize how unusually well-managed and hassle-free our own adoption experience was until we compared stories with friends who had also adopted. As a same-sex couple, we needed adoption attorneys who were familiar with second parent adoptions and entirely committed to … END_OF_DOCUMENT_TOKEN_TO_BE_REPLACED

The matter went to court and it was a pleasure to watch Jeff Cleghorn… absolutely demolish the opposing counsel. Every argument they brought up by citing irrelevant cases he countered by citing the correct precedent cases and even provided copies of the cases for the judge and … END_OF_DOCUMENT_TOKEN_TO_BE_REPLACED

Two years ago I was sued over an automobile that was repossessed from my former wife. Kitchens New lawyers reviewed the case and quickly determined that the suit was without merit. They informed opposing counsel of the problems with the suit but the opposing counsel would not lis… END_OF_DOCUMENT_TOKEN_TO_BE_REPLACED