When a lesbian couple had a child through artificial insemination, the non-birth mother adopted the child in Georgia. The couple then moved to Alabama and later split. The birth mother wanted to end the parental rights of the adoptive mother by saying that Alabama didn’t have to recognize the Georgia adoption. The Alabama Supreme Court agreed with her and refused to recognize the Georgia adoption saying that Georgia should have never allowed an adoption by a same-sex couple.

In an unprecedented ruling, the United States Supreme Court, on March 7, 2016, summarily reversed the Alabama Supreme Court decision. On 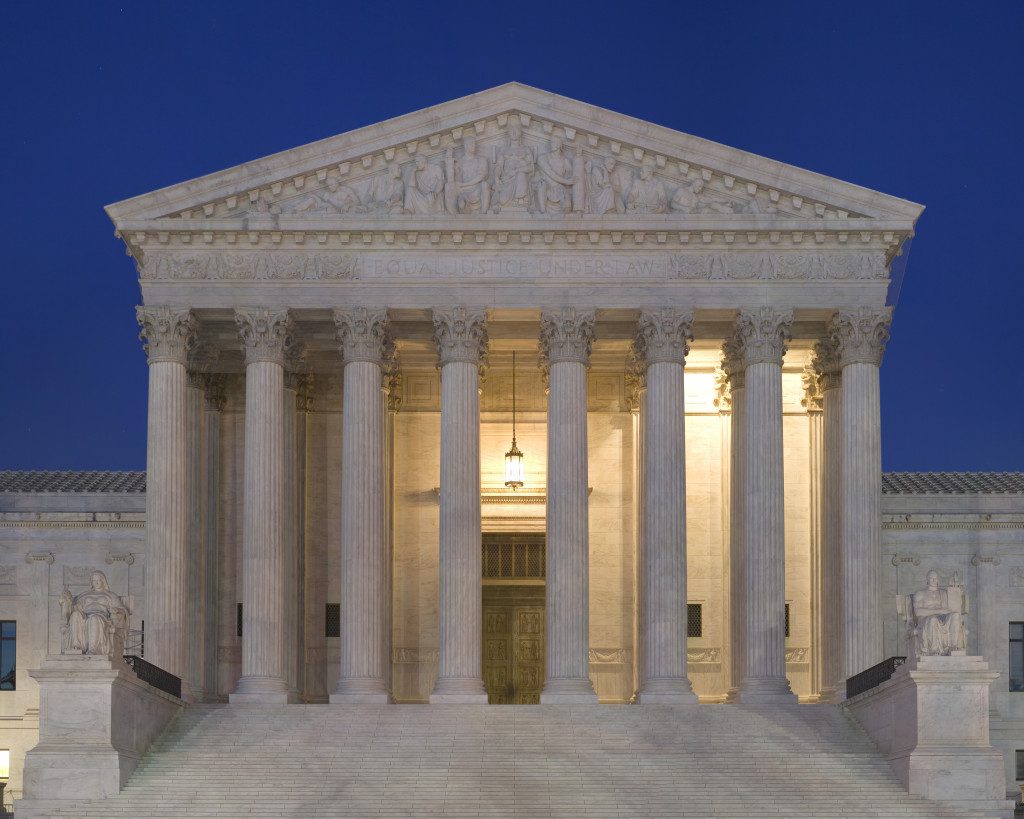 e of the attorneys for the adoptive parent, Cathy Sakimura, wrote, “It was unanimous, with no dissenting opinion from any justice… sending the strongest possible message rejecting the Alabama Supreme Court’s attempt to unsettle the stability of adoptions by LGBT parents.”

The Alabama ruling is unique in that it was the first time in the history of our nation that a state failed to recognize the adoption of a child that was done in another state. Knowing that allowing that type of decision to stand risked creating disharmony (and even chaos) in our legal system, the United States Supreme Court had to step in and reverse the decision. Otherwise other lower courts might similarly completely disregard the parental rights of adoptive LGBT parents.

In its ruling, the US Supreme Court summed it up this way: “A State may not disregard the judgment of a sister State because it disagrees with the reasoning underlying the judgment or deems it to be wrong on the merits.” In other words, just because you don’t like it doesn’t give you the right to say that it doesn’t exist.

This unanimous decision sends a crystal-clear message that same sex parents are entitled to equal protection under the law.

I was a victim of retaliation and filed a complaint against my agency with the Special Counsel. I wanted a lawyer who was knowledgeable of VA and government regulations to represent me in a very timely manner. I contacted Ms. Joyce E. Kitchens, Attorney, and she provided excellen… END_OF_DOCUMENT_TOKEN_TO_BE_REPLACED

Two years ago I was sued over an automobile that was repossessed from my former wife. Kitchens New lawyers reviewed the case and quickly determined that the suit was without merit. They informed opposing counsel of the problems with the suit but the opposing counsel would not lis… END_OF_DOCUMENT_TOKEN_TO_BE_REPLACED

I have used Kitchens New Cleghorn twice. I have never been happier with any service than I was with theirs. Both times, I braced for the worst possible outcome and both times, I got far more than I could have expected. The staff is professional, friendly and quite competent. Thei… END_OF_DOCUMENT_TOKEN_TO_BE_REPLACED

The matter went to court and it was a pleasure to watch Jeff Cleghorn… absolutely demolish the opposing counsel. Every argument they brought up by citing irrelevant cases he countered by citing the correct precedent cases and even provided copies of the cases for the judge and … END_OF_DOCUMENT_TOKEN_TO_BE_REPLACED

You were the voices of calm and peace for such a crazy time in my life and I’ll always appreciate that. I received amazing service, and best of all I have no regrets that so many people feel after the emotions have died down. You have an amazing team there and I’ve already re… END_OF_DOCUMENT_TOKEN_TO_BE_REPLACED

Joyce, I have been so fortunate to have you and your staff on my team representing me through my very difficult life changing situation. Your hard work and determination has allowed me to move on to the next phase of my life with peace and dignity. It was with your high level of … END_OF_DOCUMENT_TOKEN_TO_BE_REPLACED