Prenuptial Agreements and Their Importance 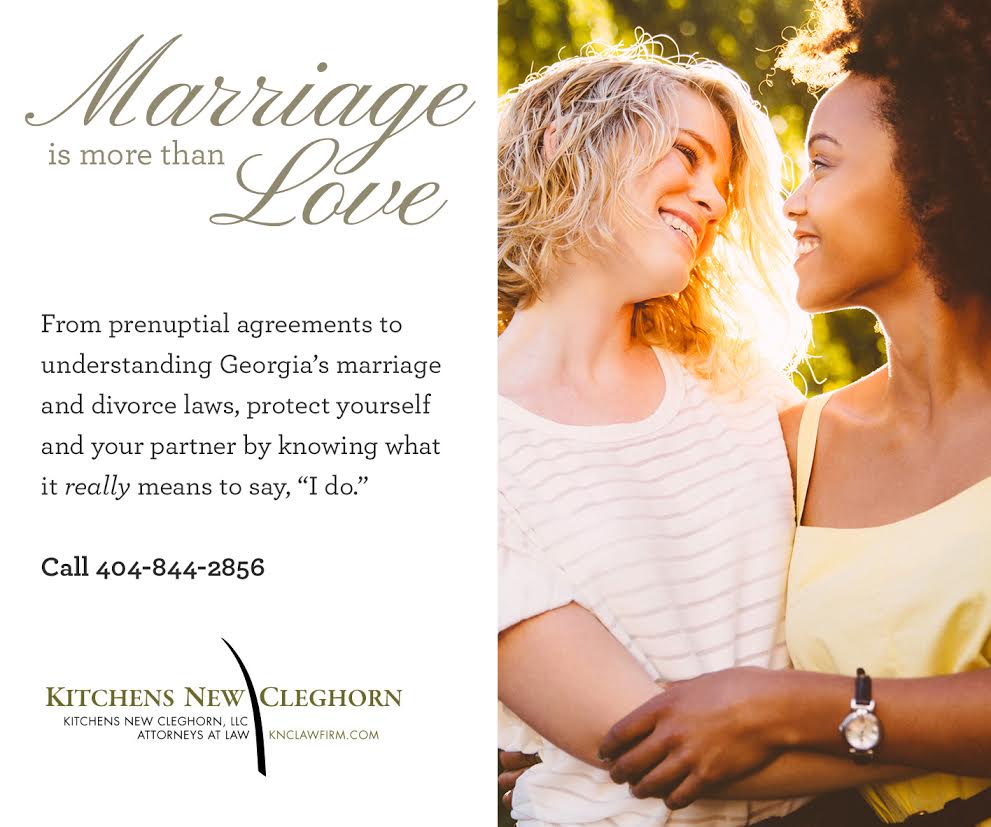 We often have couples who come in to consult with us about prenuptial agreements. Although it doesn’t seem like a very romantic thing to do before a couple decides to marry, we think it saves time, money and heartache on down the road if the marriage doesn’t work out. It’s not a sign that the marriage isn’t going to be strong, it’s a sign that the couple are thinking ahead and trying to resolve potential conflict before conflict ever happens. After all, about half of all marriages end in divorce.

In some case, couples also agree to certain penalties if one of them is unfaithful in the marriage. Because infidelity can lead to divorce, this type of clause in a prenuptial agreement is not uncommon. Actress Sandra Bullock had a prenuptial agreement with her fiancé, Jessie James, which stated that if James cheated on her, he would no longer be entitled to any of her assets. The couple divorced in 2010 after James admitted to an affair with tattoo model Michelle “Bombshell” McGee.

In Georgia, prenuptial agreements are valid and upheld by the courts. They serve as a protective barrier from one person taking from the other what they did not have a hand in helping to produce, thus minimizing legal expenses during a divorce.

When you are getting ready to plan your future with that person you want to grow old with, think about the wonderful life you will have ahead of you as well as any potential pitfalls. Then, consider making an appointment to speak with one of our attorneys to discuss how you can show your love for each other by protecting each other’s assets.

Several years ago, I was faced with a blatant insult by my management at a federal agency. I naively followed the process for remedy and ended up in over my head because I’m not an attorney. I consulted with a dear friend, a retired federal personnel manager, who recommended Ms… END_OF_DOCUMENT_TOKEN_TO_BE_REPLACED

I have used Kitchens New Cleghorn twice. I have never been happier with any service than I was with theirs. Both times, I braced for the worst possible outcome and both times, I got far more than I could have expected. The staff is professional, friendly and quite competent. Thei… END_OF_DOCUMENT_TOKEN_TO_BE_REPLACED

Two years ago I was sued over an automobile that was repossessed from my former wife. Kitchens New lawyers reviewed the case and quickly determined that the suit was without merit. They informed opposing counsel of the problems with the suit but the opposing counsel would not lis… END_OF_DOCUMENT_TOKEN_TO_BE_REPLACED

Kitchens New Cleghorn LLC handled my divorce (complex!) and my Will (straight-forward) in 2006-2007. More recently, they drew up a unique lease for my home (pretty simple). They have been my resource for all legal questions and concerns. Whether your legal matters are simple or c… END_OF_DOCUMENT_TOKEN_TO_BE_REPLACED

I was a victim of retaliation and filed a complaint against my agency with the Special Counsel. I wanted a lawyer who was knowledgeable of VA and government regulations to represent me in a very timely manner. I contacted Ms. Joyce E. Kitchens, Attorney, and she provided excellen… END_OF_DOCUMENT_TOKEN_TO_BE_REPLACED

The matter went to court and it was a pleasure to watch Jeff Cleghorn… absolutely demolish the opposing counsel. Every argument they brought up by citing irrelevant cases he countered by citing the correct precedent cases and even provided copies of the cases for the judge and … END_OF_DOCUMENT_TOKEN_TO_BE_REPLACED