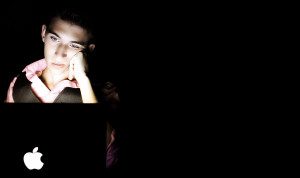 Our Atlanta law firm does a variety of work including divorce, adoptions, contracts, business and protections for same-sex couples. Many people have heard how painful divorce can be and how the emotional upheaval of the changes that ending a marriage can bring. As a result, some decide not to marry in order to avoid the potential emotional and financial problems. That’s why it surprised us to read that a team of researchers determined that the rise of free Internet pornography is causing the decline in the percentage of young adult males who are married, and may even be contributing to the trend.

Michael Malcolm, an associate professor of economics at West Chester University of Pennsylvania, told an interviewer that he believes this study was a convincing argument. “Pornography increases the alternatives for sexual gratification.”

The problem is being studied by psychologists and sociologists. The consensus is that although the internet is supposed to serve us by making our lives more efficient, it is becoming the very thing that is preventing us from entering into a wide variety of social contracts, including marriage.

The matter went to court and it was a pleasure to watch Jeff Cleghorn… absolutely demolish the opposing counsel. Every argument they brought up by citing irrelevant cases he countered by citing the correct precedent cases and even provided copies of the cases for the judge and … END_OF_DOCUMENT_TOKEN_TO_BE_REPLACED

Wanda, you and Jeff were the voices of calm and peace for such a crazy time in my life and I’ll always appreciate that. I received amazing service, and best of all I have no regrets that so many people feel after the emotions have died down. You have an amazing team there and I… END_OF_DOCUMENT_TOKEN_TO_BE_REPLACED

Kitchens New Cleghorn LLC handled my divorce (complex!) and my Will (straight-forward) in 2006-2007. More recently, they drew up a unique lease for my home (pretty simple). They have been my resource for all legal questions and concerns. Whether your legal matters are simple or c… END_OF_DOCUMENT_TOKEN_TO_BE_REPLACED

I was a victim of retaliation and filed a complaint against my agency with the Special Counsel. I wanted a lawyer who was knowledgeable of VA and government regulations to represent me in a very timely manner. I contacted Ms. Joyce E. Kitchens, Attorney, and she provided excellen… END_OF_DOCUMENT_TOKEN_TO_BE_REPLACED

Randy, Jeff and Alex were an awesome support to me while going through my divorce. They conducted themselves in a very professional manner, had a great knowledge of the legal system and more importantly were compassionate to my feelings. I would recommend this group to anyone nee… END_OF_DOCUMENT_TOKEN_TO_BE_REPLACED